The question of what programming language to learn first is undoubtedly a puzzle for most people (ref 1). It is for me too. I have over the years shallow dipped in Visual Basic and for more object oriented programming, I have swam with the shark that is C++/C#. I have dabbled in Java, Javascript and ASP. I never however, stayed in the water for long enough to speak the language of the sharks! I got in, do what I needed to do and just got out – just like that. Guess what? I now want to swim with the sharks and I only have one life – so which is it going to be? Which programming language am I going to go to bed with? I need to consider a number of options and this post is an illustration of how I have wrestled with my decision.

There are so many exciting programming languages out there. Ben Heck is in no doubt that C++ is the king. I rather like Mark Lassoff’s take on this issue:

It doesn’t matter that much which one you start with…Pick a language that helps you understand the art and science of programming…..but go ahead and learn that language inside and out. The biggest barrier to people learning to program is that when it gets hard…they stop. They don’t push through the difficulty and keep going. They give up.

If this is question of following through, then on this narrow point, on my honour, I promise to follow through. I will have demonstrable proof of competence in the language of by choosing in about a year’s time. Just follow my progress at net-projects.com. I should write a line of code a day! (tag: codeAday).

The top ten programming languages on Udemy were listed as:

There are some new and not so new kids on the block worth mentioning:

There are as many languages as you can swing a cat! The timeline for the development of these languages is important and Wikipedia produced a really comprehensive list here.

Many moons ago when I was learning to program using C++/Visual Basic etc (all from Microsoft stable), I had to invest in Visual Studios which was a great environment and the acquisition cost wasn’t an issue then but it is now. I will need an environment that will allow me to progress at an affordable learning and deployment costs.

I will now go away, do some analysis and arrive at the language, I will want to be an expert in. If for nothing else, programming helps keep the mind sharp…and that is important as I get older. 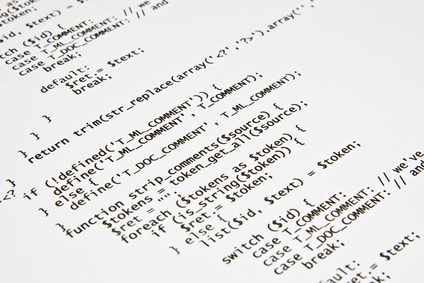 2 Responses to “What Programming Language?”

Computer programs are recipes and everyone understands recipes.